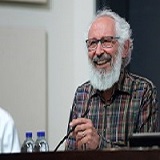 Jean Gotman obtained a degree in Electrical Engineering from the University of Paris, a Master’s degree in Computer Science from Dartmouth College in the USA and a PhD in Neuroscience from McGill University. He joined the faculty of the Montreal Neurological Institute of McGill in 1977 and became full professor in 1993. He pioneered the automatic detection of spikes and seizures in the EEG and made his methods widely available through Stellate, a company he created in 1986, which developed and sold all over the world equipment and software for EEG, long-term epilepsy monitoring and polysomnography. He published 280 peer-reviewed papers and 40 chapters. His research interests include analysis of the EEG, mechanisms of epileptogenesis, seizure generation and seizure spread in humans, High Frequency Oscillations and functional imaging in the diagnosis and study of epilepsy. He received the Research Recognition Award from the American Epilepsy Society, the Pierre Gloor Award of the American Clinical Neurophysiology Society, the Penfield Award of the Canadian League against Epilepsy, was named Ambassador for Epilepsy by the International League against Epilepsy, and gave the Lennox-Lombroso lecture at the American Epilepsy Society.